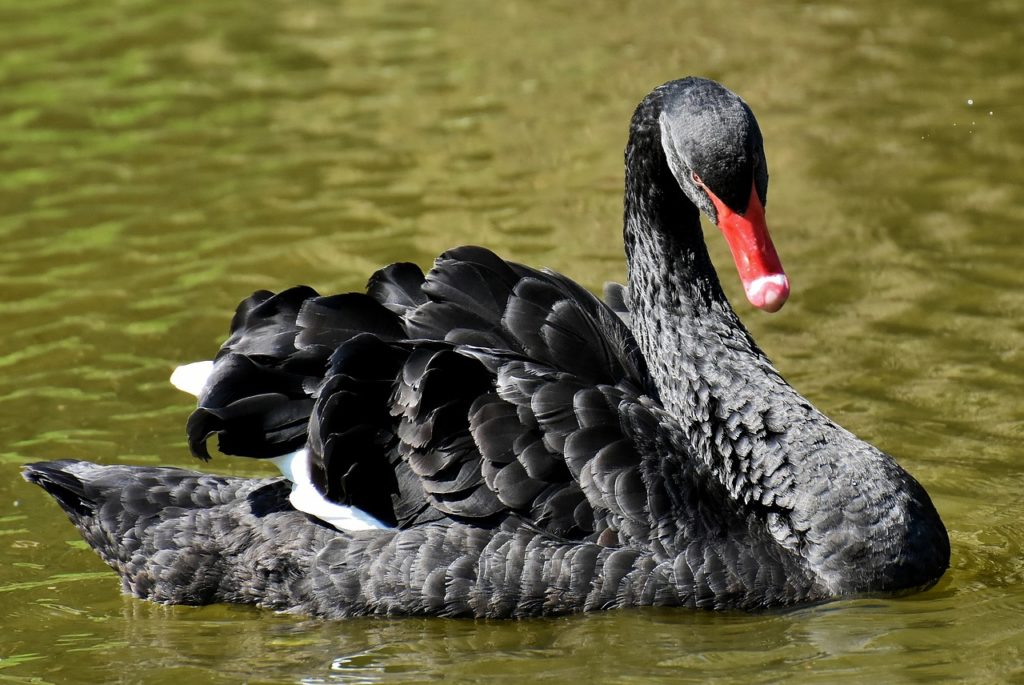 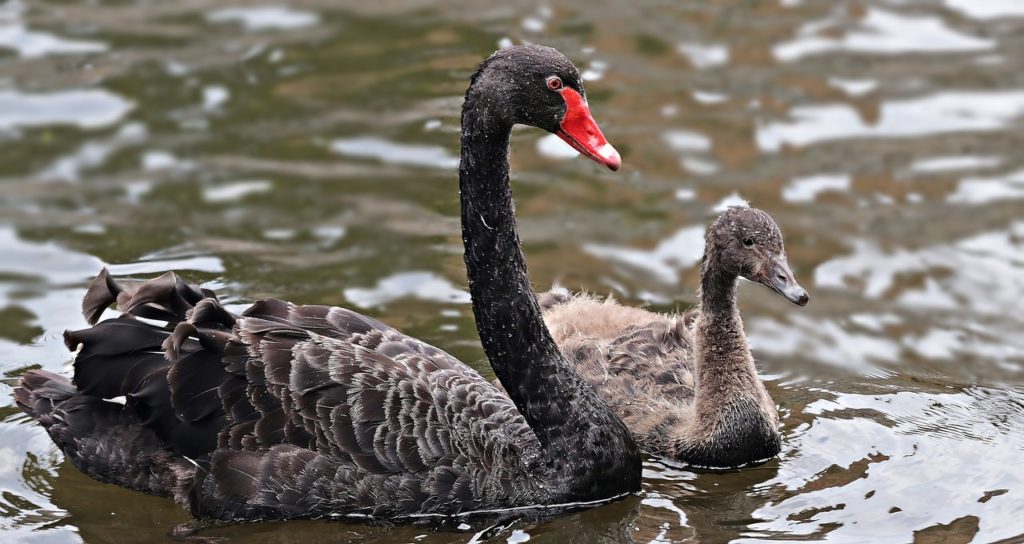 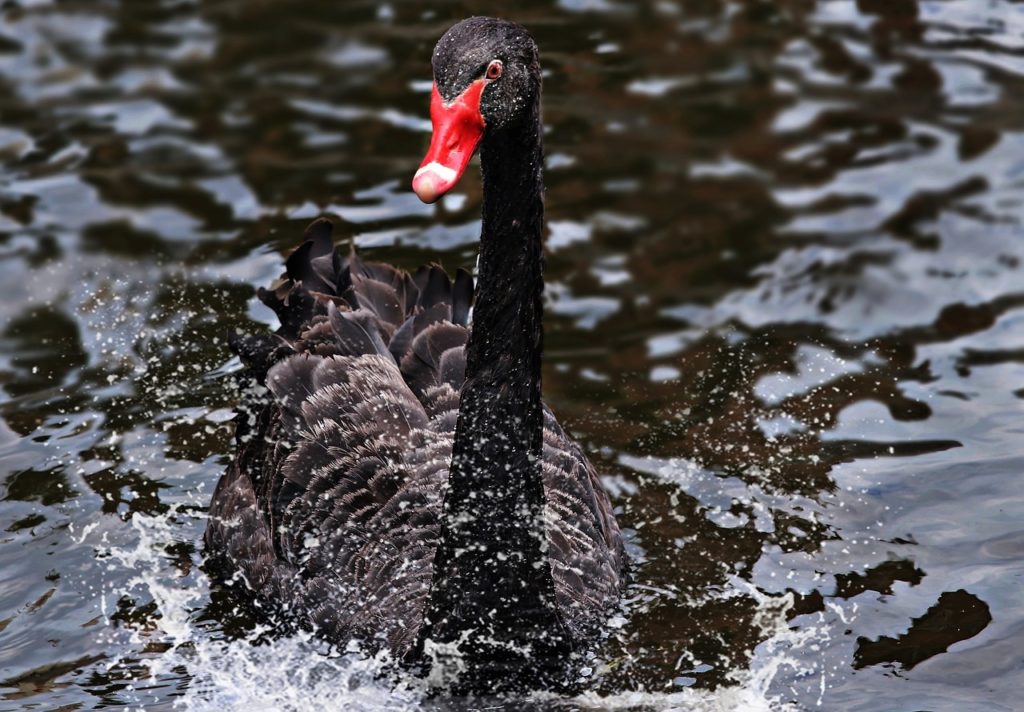 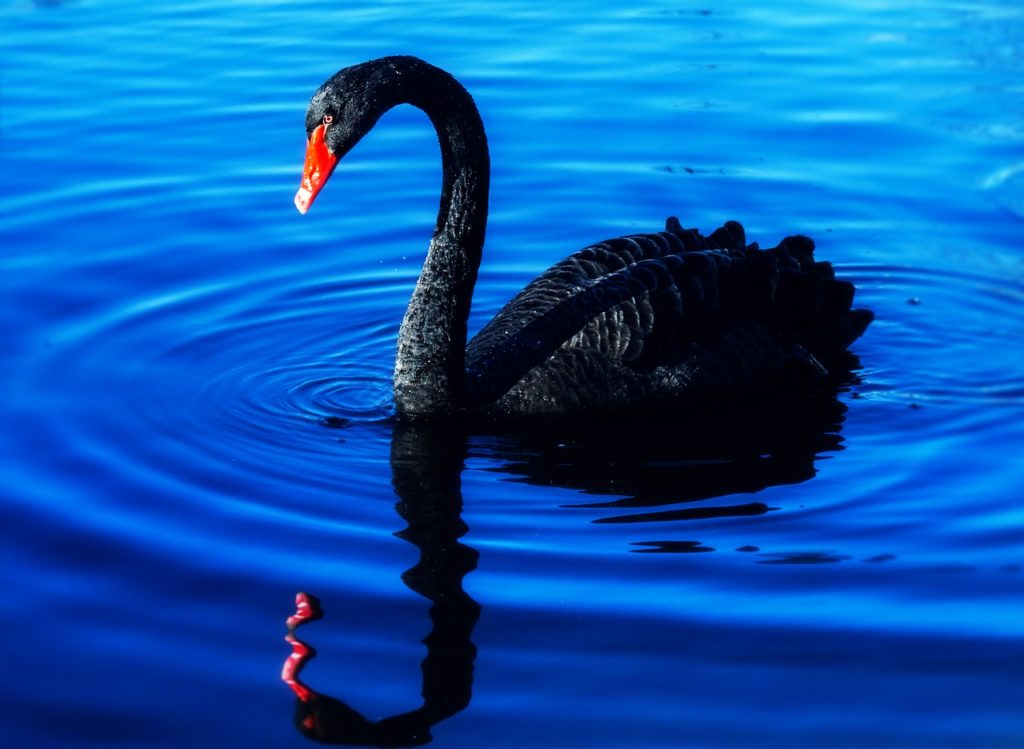 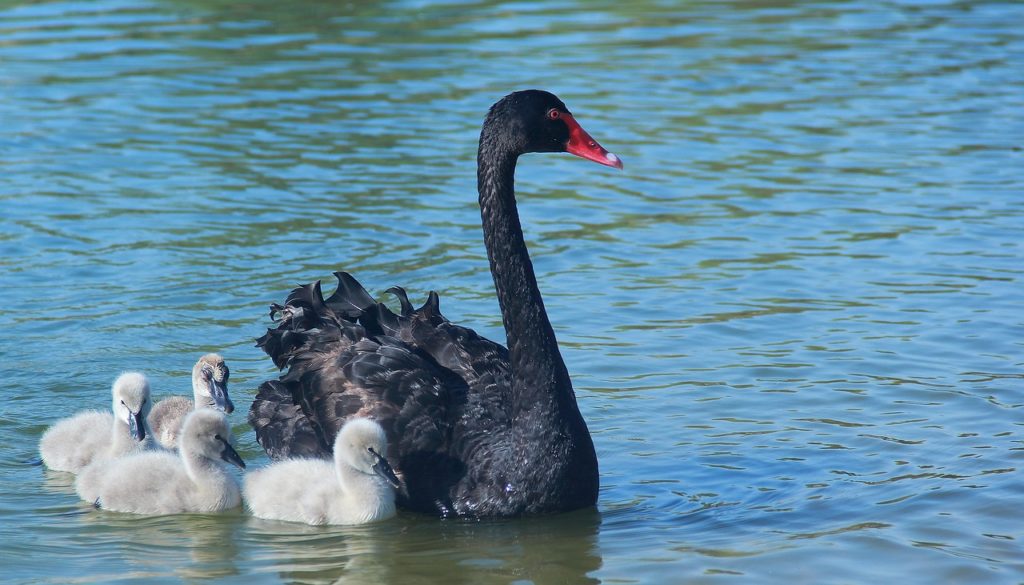 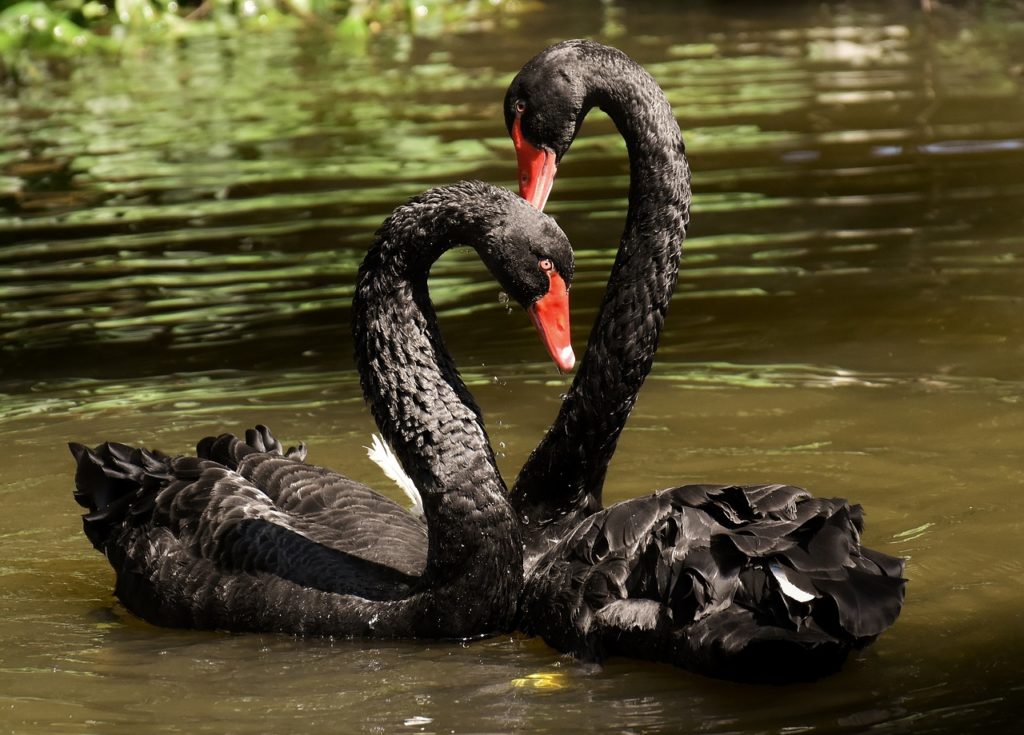 With the longest necks of any swan species, and generally large bodies, Black Swans are striking in appearance discounting their plumage. They are almost all black but do have white flight feathers on their wings. They have red bills that have a distinct white band around them. Their legs and feet are grayish-black.

Cygnets (baby swans) are grayish. Cobs (males) and pens (females) look much the same. Pens may be lighter colored and are a bit smaller.

Range: Black Swans are common in the southern parts of Australian and can be found, but are considered uncommon or rare, in many other areas of Australia, with the exception of the Cape York Peninsula. There is some debate as to whether or not Black Swans should be considered native to New Zealand, but there is a thriving introduced population there.

Habitat: Black Swans lose their flight feathers after molting and so are unable to fly for about a month each year. During that time, they mostly stay on large, open bodies of water for safety. They prefer brackish, swampy areas.

Hardiness: Winter hardy. As with all species, the Australian black should have access to open water at all times.

Status in the wild: In Australia, Black Swans are a protected species and are thriving in the wild. In New Zealand, they are not protected and are hunted part of the year. There are feral populations in many parts of the world, including the UK and North America.

Status in aviculture: Australian Black Swans are kept in zoos and aviaries around the world. They have been known to escape captivity and form feral populations in areas where they are not native.

Miscellaneous Notes: Black Swans are monogamous, and both parents take part in the incubation of eggs and rearing of young, with the cob protecting the pen and eggs and the pen rarely leaving the nest.

Black Swans are nomadic and fly great distances at night. Our swans are pinioned.

Although they are monogamous, Black Swans are the most social of all the swan species. Pairs will also build nests nearer to one another than other species of swans.

Life expectancy for a Black Swan in the wild is about 10 years.