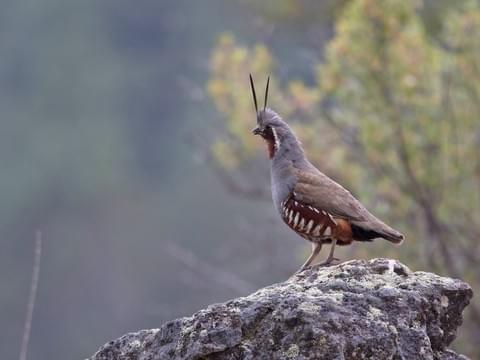 Range: From the Rocky Mountains westward in the United States, from Washington State to the Baja Peninsula in Mexico

Description: Mountain quail are the largest North American quail, averaging 24-26 cm in length, both sexes have crests that are sometimes described as looking like exclamation points. They have reddish faces and white bars on their flanks.

Status in the wild: Populations are stable, this species is not threatened or endangered.

Miscellaneous Notes: Very attractive birds that do well as long as they are kept in large aviaries with lots of greenery.