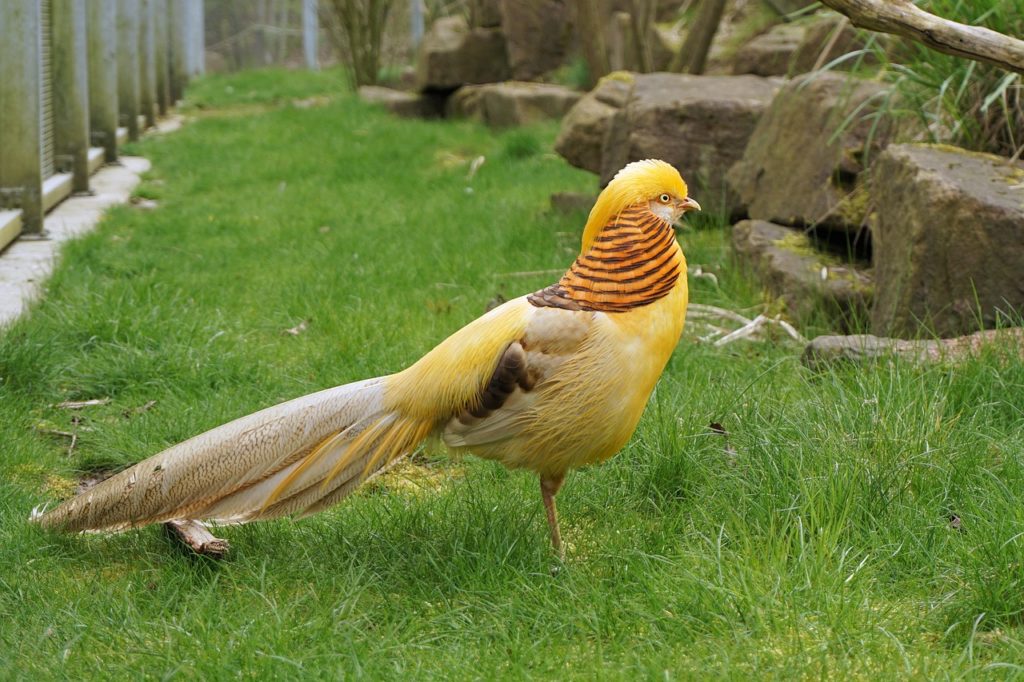 Range: The Yellow Golden Pheasant occurs only in captivity.

Habitat: Aviaries around the world.

The female is a pale golden with dark brown barring.

Status in aviculture: The Yellow Golden was developed in Italy in the mid 1950s, by a man named Alessandro Ghigi. Mr. Ghigi was given a mutant yellow male as a gift and he began to work toward getting Yellow Goldens to breed true.

The first Yellow Goldens to come to the United States arrived in the 1960s. For a while they were rare and expensive birds, but they are now much more common, and can be found in zoos and aviaries across the country.

Miscellaneous Notes: You may find some sources that say Yellow Golden Pheasants are natives of the central, mountainous region of China. That is only true insofar as they are a color mutation of Red Goldens, which are indeed, from China.

There is no reason to believe that Yellow Goldens occur naturally in the wild. Selective breeding was used to produce birds that will breed true.

Yellow Goldens need lots of shade, because the sun will cause the brilliant yellow plumage of the males to fade.