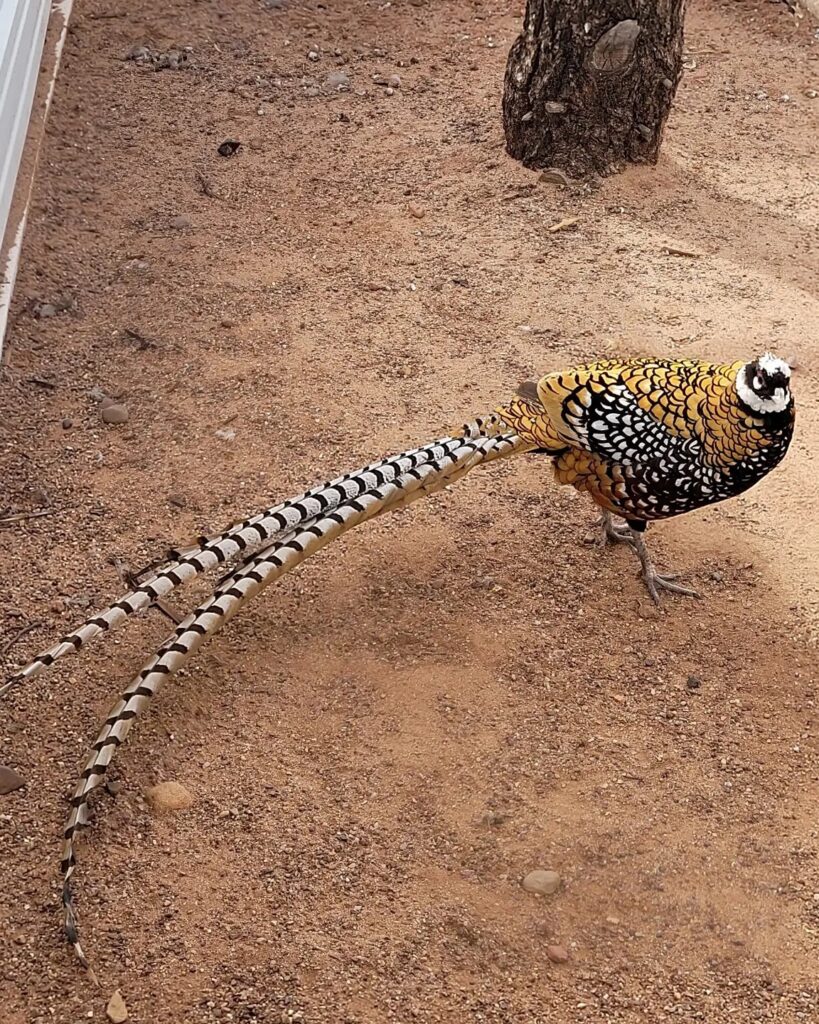 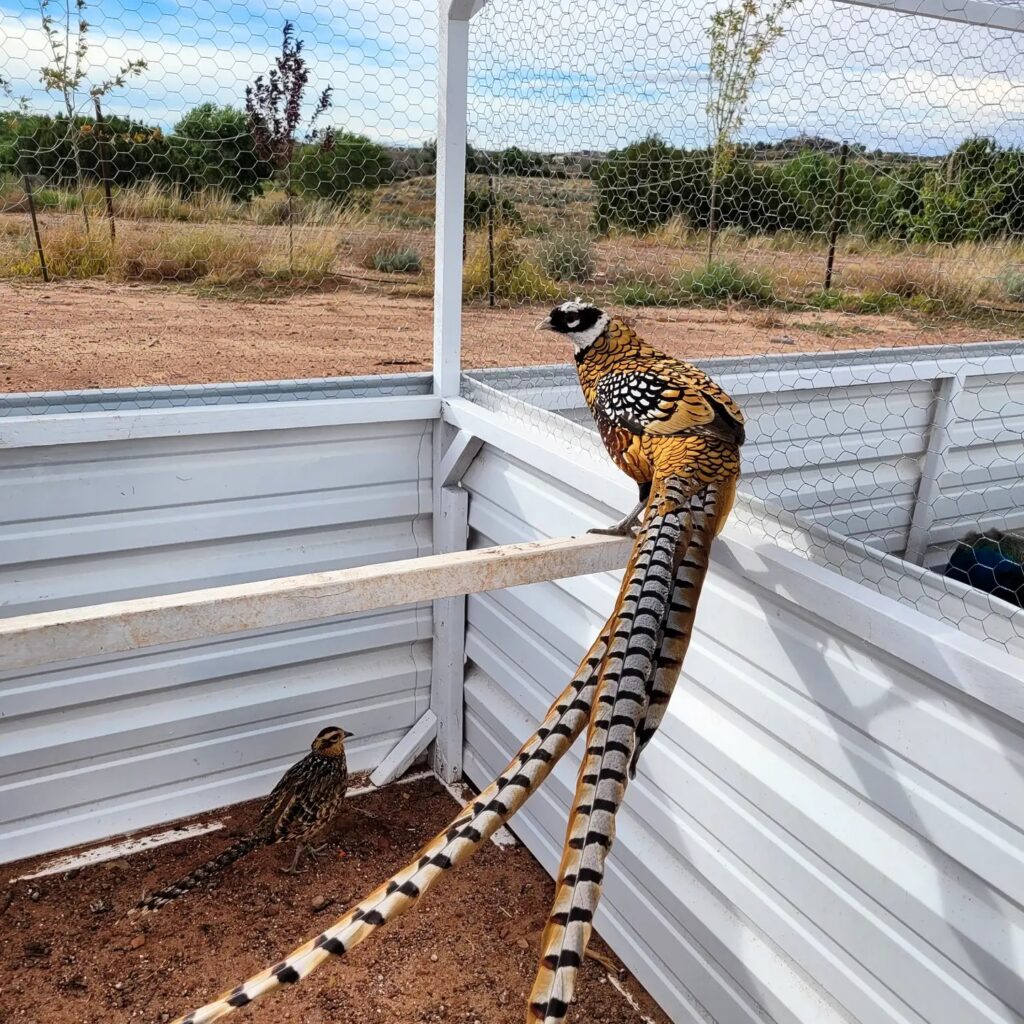 Range: Fragmented areas in the mountainous region of central China.

Males are generally golden with black markings that almost form a lace pattern. Sometimes the dark feathers are dark green instead of black, and some have a band on the face, while others do not. Some experts believe these variations are a result of inbreeding that is occurring due to a rapid decline in the wild population.

Status in the wild: Reeves's Pheasants are disappearing at an alarming rate, mostly due to deforestation in their native habitat combined with the fact they have a relatively small natural habitat to begin with. Attempts have been made to release them in other areas, such as Hawaii, but so far these projects have not worked.

The International Union for the Conservation of Nature (ICUN) lists Reeves's Pheasants as Vulnerable and estimates that there are between 3,000 and 5,000 specimens left in the wild.

Status in aviculture: While wild populations are dwindling Reeves's Pheasants are well-established within aviculture. They are found in zoos and aviaries around the world. The breeding and raising of Reeves's in captivity is becoming increasingly important as their natural, native habitat disappears.

Miscellaneous Notes: The first Reeves's Pheasants were exported to Britain in 1831 by none other than John Reeves.

Male Reeves's have been known to become quite aggressive during breeding season, and throughout the rest of the year. Be cautious when working in an aviary with one. Chicks should be kept away from other types of birds as they, too, can display aggressive tendencies.

With tails that can reach six feet long, Reeves's need large aviaries, with plenty of room to move around. Females nest on the ground, but they prefer to roost high up in trees.

Mud is bad for those beautiful tail feathers. Reeves's are quite hardy when it comes to temperature, but need to be able to stay dry.