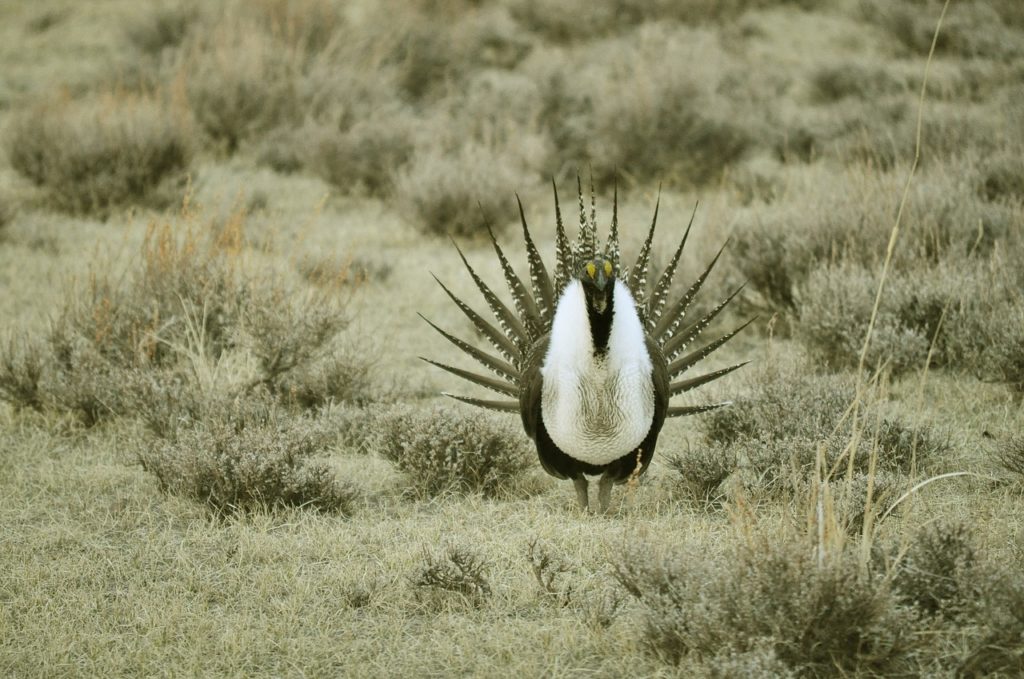 The greater sage-grouse (Centrocercus urophasianus) is the largest grouse (a bird species) in North America. Its range is sagebrush country in the western United States and Southern Alberta and Saskatchewan, Canada. It was known as simply the sage grouse until the Gunnison sage-grouse was recognized as a separate species in 2000.

The greater sage-grouse is a permanent resident in its breeding grounds but may move short distances to lower elevations during winter. It makes use of a complex lek system in mating and nests on the ground under sagebrush or grass patches. It forages on the ground, mainly eating sagebrush but also other plants and insects. Greater sage-grouse do not have a muscular crop and are not able to digest hard seeds like other grouse.

The species is in decline across its range due to habitat loss and has been recognized as threatened or near threatened by several national and international organizations.

Adult greater sage-grouse have a long, pointed tail and legs with feathers to the toes. The adult male has a yellow patch over each eye, is grayish on top with a white breast, and has a dark brown throat and a black belly; two yellowish sacs on the neck are inflated during courtship display. The adult female is mottled gray-brown with a light brown throat and dark belly. Adult males range in length from 26 to 30 inches and weigh between 4 and 7 pounds. Adult females are smaller, ranging in length from 19 to 23 inches and weighing between 2 and 4 pounds