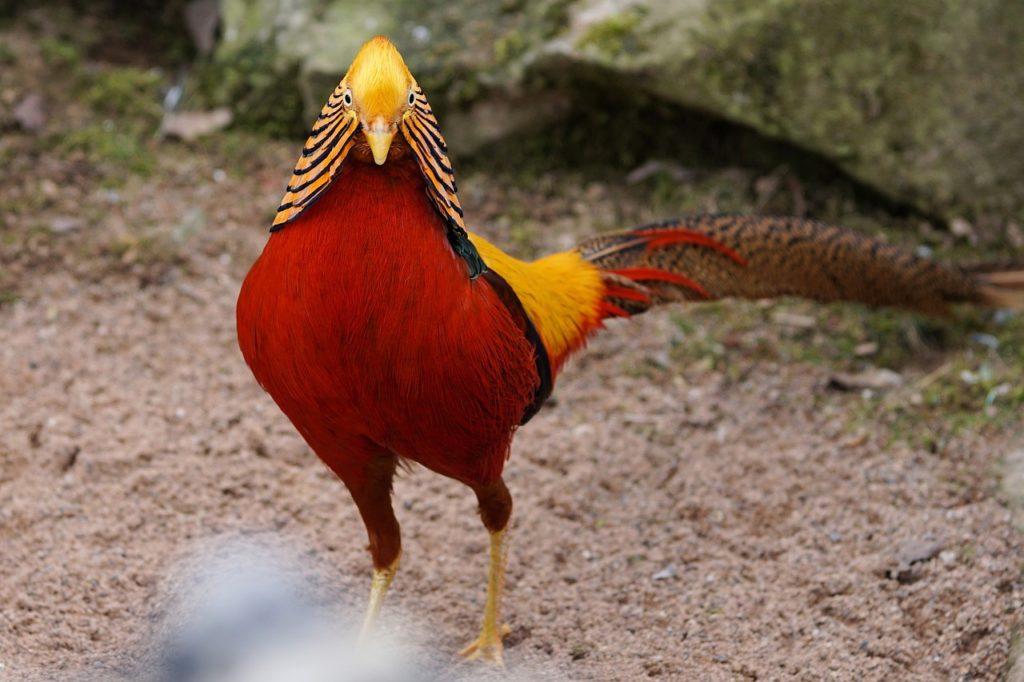 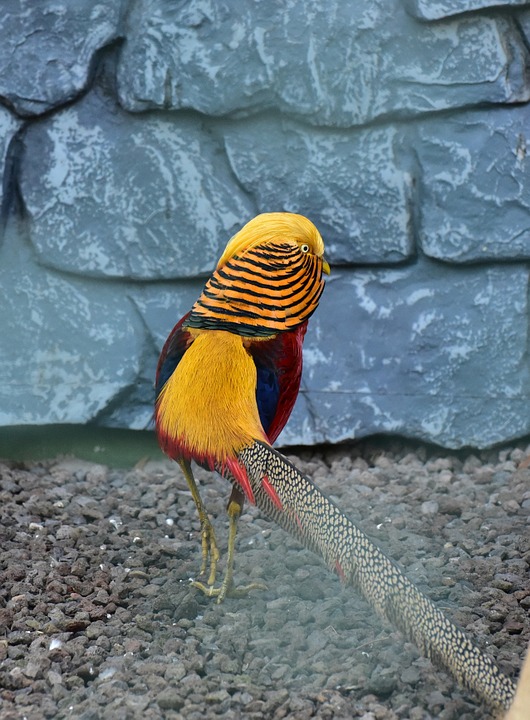 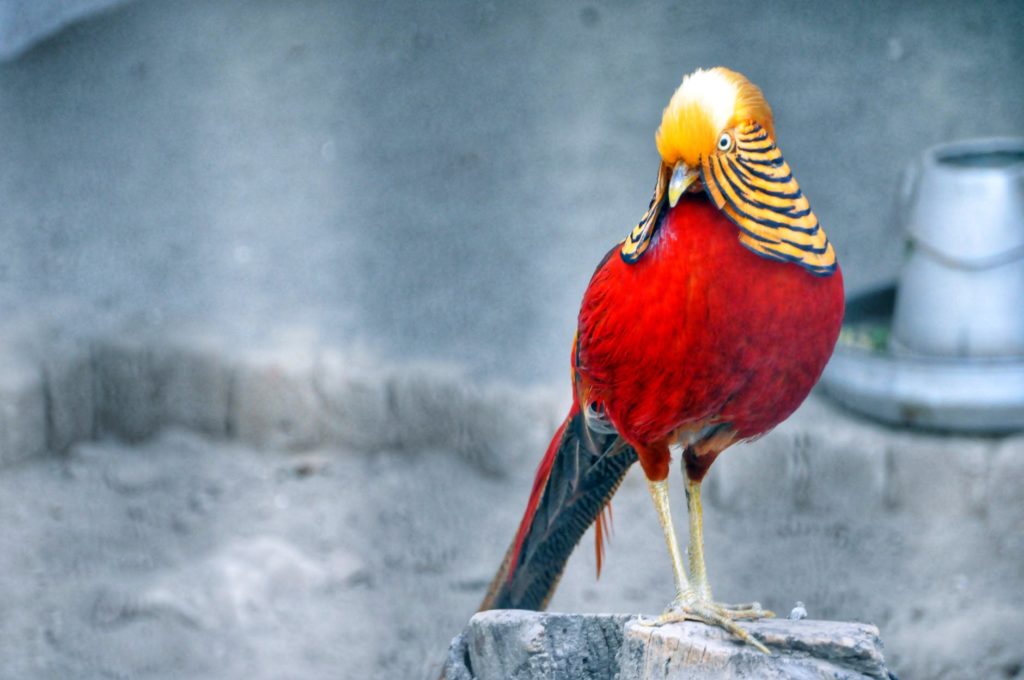 Red Goldens are a favorite of backyard aviculturists because they are hardy and quite easy to raise - not to mention that the males are absolutely stunning in appearance. The bright, beautiful plumage of the male Golden pheasant is among the most colorful and attractive of all the world’s birds. They are bred and raised all over the world.

The Golden Pheasant is one of two species that are known as Ruffed Pheasants because the  males have a “cape” that they spread around their necks and faces during courtship. Males have a bright yellow crest, that may have a slight tinge of red, just at the tip; the feathers of the cape are orangey, but outlined in a bluish-black; the upper back is green and the lower back and rump are golden; the breast and under-wings are scarlet; the wings themselves are blue and red;  the tail is black with cinnamon spotting.

Females and juveniles are much less brightly colored. Hens are basically brown or buff with darker brown barring. To an inexpert eye, it’s hard to believe the males and females are of the same species, but so it is with most varieties of pheasants. The legs and bills of both sexes are yellow.

In attempts to create new color variations, the Golden has been crossed with other types of pheasants, creating many hybrids. Breeders who claim they have created a new color mutation are often untruthful and have simply created hybrids instead.

Range and Habitat: The mountainous region of central China was the original, native habitat of the Golden Pheasant, which is usually called the Golden when bred and raised in captivity. In part due to the isolated and harsh terrain of this area, little is known about the habits of wild Golden Pheasants. While the plumage of the male Golden is so bright that it is hard to believe it would ever be difficult to see, in fact, in its natural habitat these birds are amazingly camouflaged.

Status in the wild: The International Union of Conservation of Nature lists the Golden Pheasant as being of “Least Concern” meaning that there are healthy populations in the species’ natural habitat.

Status in Aviculture: Golden Pheasants are very popular and can be found in most zoos and aviaries around the world, as well as in many private aviaries. Goldens hardy, easy to contain, they don’t need as much space as some other species, and they get along well with other types of birds like ducks, pigeons or peafowl.

Breeding and Incubation: Hens will lay a clutch of 8-12 eggs in April, and incubation lasts between 22 and 23 days. This species will breed readily in captivity. Males are sexually mature at 2 years, and females at 1. Red Golden pheasants can live up to 15 years.

Miscellaneous Notes: Goldens are naturally birds of the forest and require quite a lot of shade during the summer. The sun will cause the brilliant plumage of the males to fade somewhat.

Males do not develop their bright colors until they are two years old, but are often fertile during the first year.

This species is most comfortable on the ground but can fly. They are much clumsier in the air than on the ground.