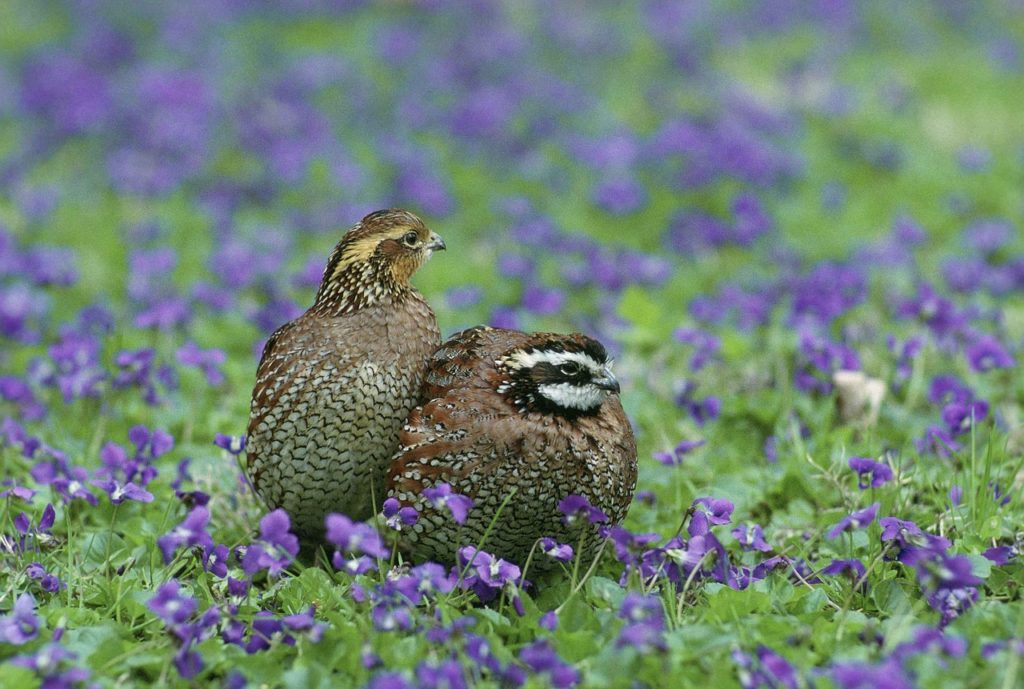 The Northern Bobwhite Quail is an upland game bird native to America and the most studied of all quail. This bird is a great meat bird and used primarily for hunters. They also can make great pets and are known for their special bobwhite call.

The male's upper body is reddish-brown with a belly that is pale and streaked in plumage. There is a white stripe above the eye and patch of white outlined in black on the throat. Females look similar, although their throat patch are more caramel-colored while the belly is pale and streaked.

Habitat: Northern Bobwhites are found in open woodlands. Due to predators, they like to hide in shrubs and wooded areas.

Status in the Wild: The population is declining due to habitat destruction.

Breeding and Incubation: In the wild, bobwhites pair breed during the spring. They mature at 16 weeks but will lay the spring following their hatch. During the other months, the bobwhites travel in coveys of two or more families. Both the hens and males choose their breeding grounds and select their nesting materials. Two or three females may share one nest, which can contain from 12-20 solid white eggs. Incubation lasts 23-24 days.

Diet: Northern Bobwhite Quail require a diet high of protein. In the wild, northern bobwhites forage the grounds for seeds and insects. It is recommended to feed them a game bird starter of at least 24%, although 28-30% is preferred. If a game bird starter is not offered in your area, a turkey starter of the same protein can be used as an alternative. Many game bird breeders feed their bobwhite quail the starter feed for the bird's entire life, however, you can switch to a game bird maintenance of lesser protein during the offseason if you decided to do so.

Lifespan: The longest known lifespan in the wild was 6 years however the normal span is 8-12 months on average. In captivity, it is longer.

Housing Requirements: Bobwhites do well in aviaries or battery cages. If placed in an aviary setting, do add some shrubbery and hide out areas for them. Roosts are recommended since they do fly and can roost.