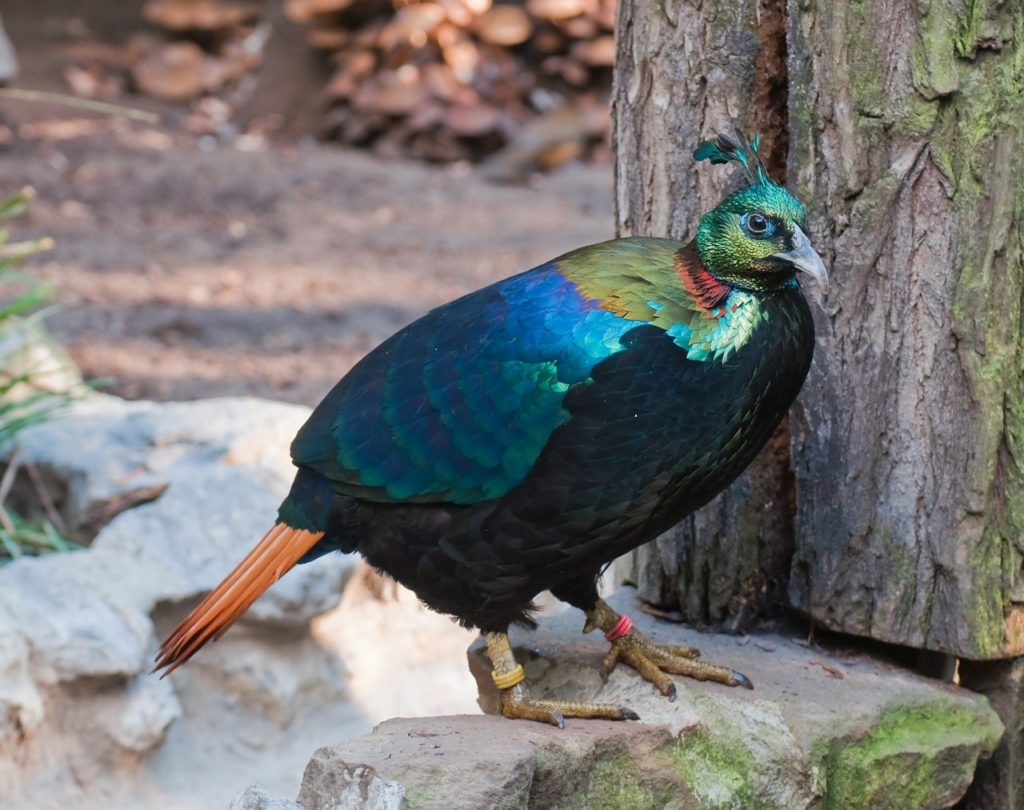 Impeyan Pheasants for sale September until sold out for the year usually in December. They are also called Himalayan Monal Pheasants.

Subspecies: There may be one subspecies in Northern India which lacks the visible white patch on the rump while the bird is in flight, but continues to be debated among experts.

Habitat: Mountainous areas. They prefer grassy meadows in the summer and forested areas in the winter. Impeyans are a high altitude species, between 2,100 and 4,500 meters above sea level. Impeyans are very tolerant of the cold weather and will need plenty of shade during the summer to protect from extreme heat. They are not recommended for warmer climates.

Description: Males have a tall, beautiful crest, reminiscent of the peacock. Males are also adorned with beautiful feathering, that is almost metallic-looking, and includes blue, green, red, copper, and white. Both males and females have a patch of turquoise-blue, bare skin around the eyes.

Females, like many other types of pheasants, are much duller in coloration, being mostly a mottled brown, with a white throat, and smaller, brown crest.

Male juveniles resemble hens until the age of two when they become fully feathered.

Status in the wild: The International Union for the Conservation of Nature (ICUN) lists Impeyans as threatened. Their natural habitat is being over developed in many areas, and it is not known if any are left in Afghanistan at all.

Status in aviculture: Impeyans are well established in aviculture and are bred and raised in aviaries and zoos throughout the world.

Miscellaneous Notes: Impeyans are named after Lady Mary Impey, who was the wife of the British Chief Justice of Bengal, Elijah Impey. Lady Impey was the first westerner to keep Impeyan Pheasants in captivity.

Impeyans have strong beaks and love to dig. They eat invertebrates, roots, and tubers quite happily. Plants in aviaries don't really stand a chance with this species.

Impeyans live in large coveys in the winter, and play a large role in the folklore of their native home. Males were hunted heavily for their crests until the 1980s when they became protected.