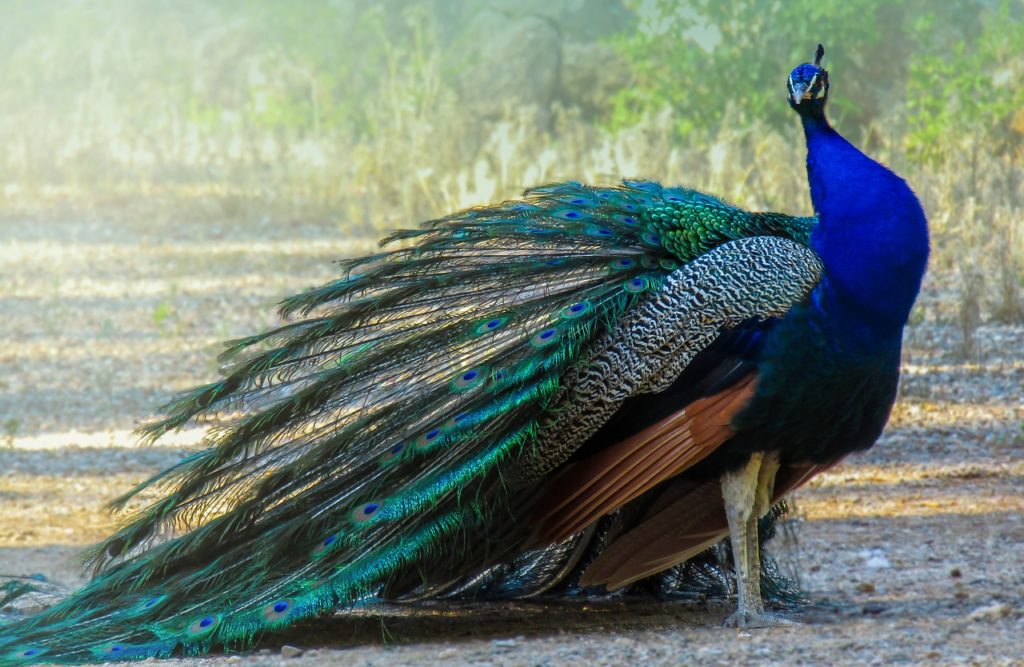 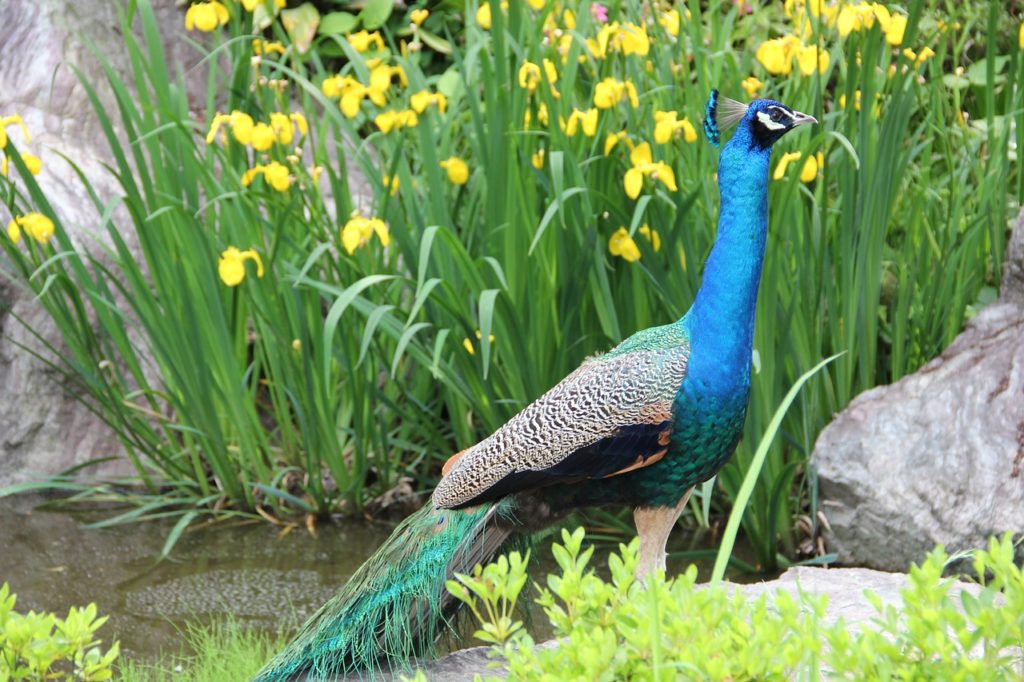 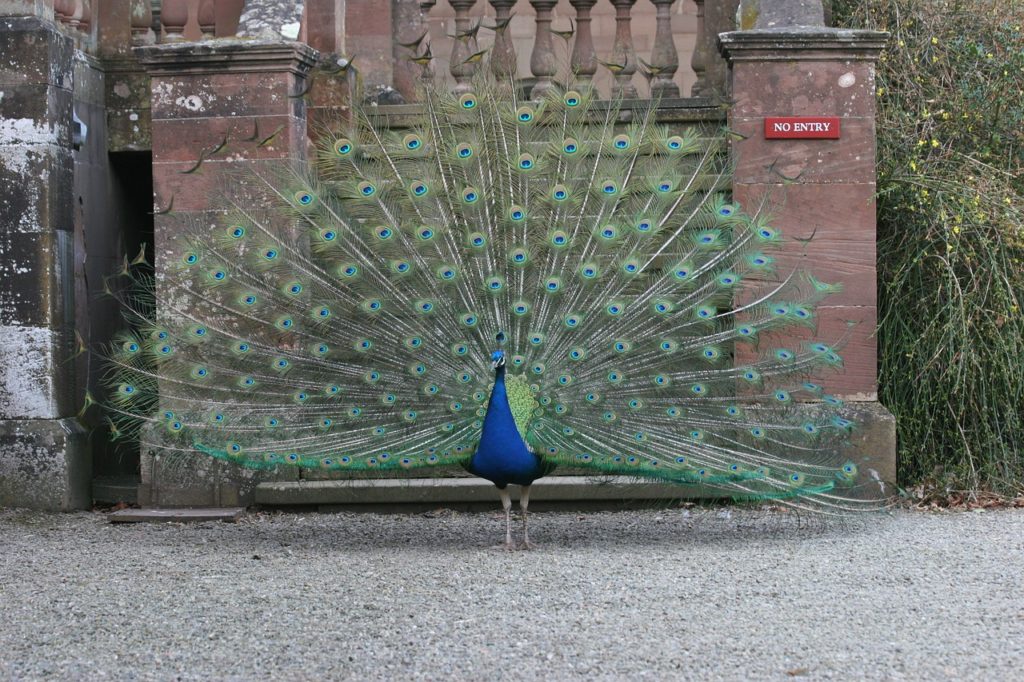 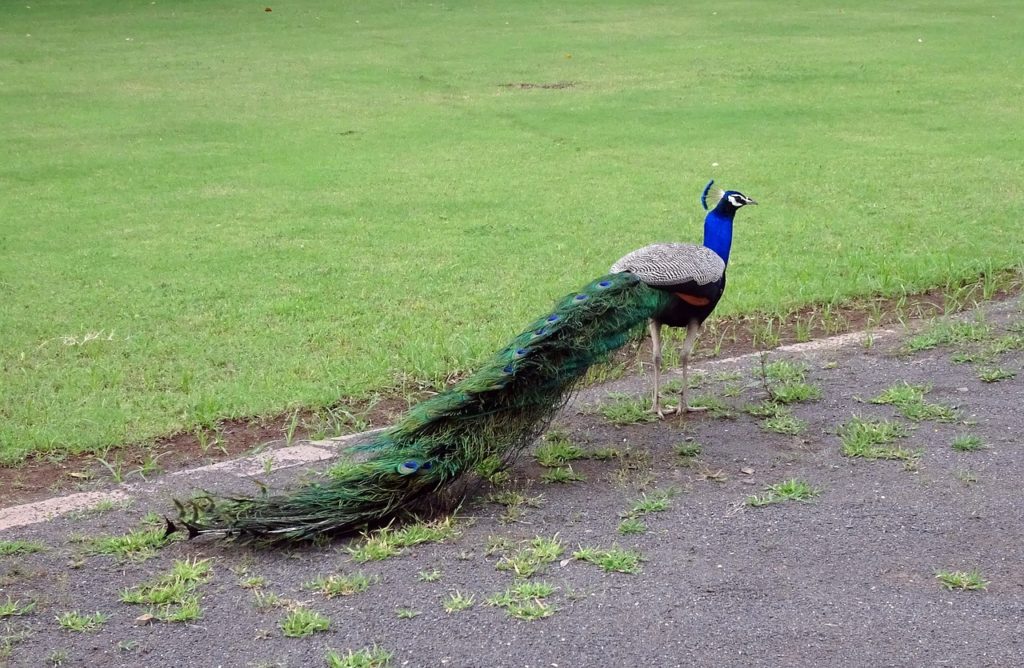 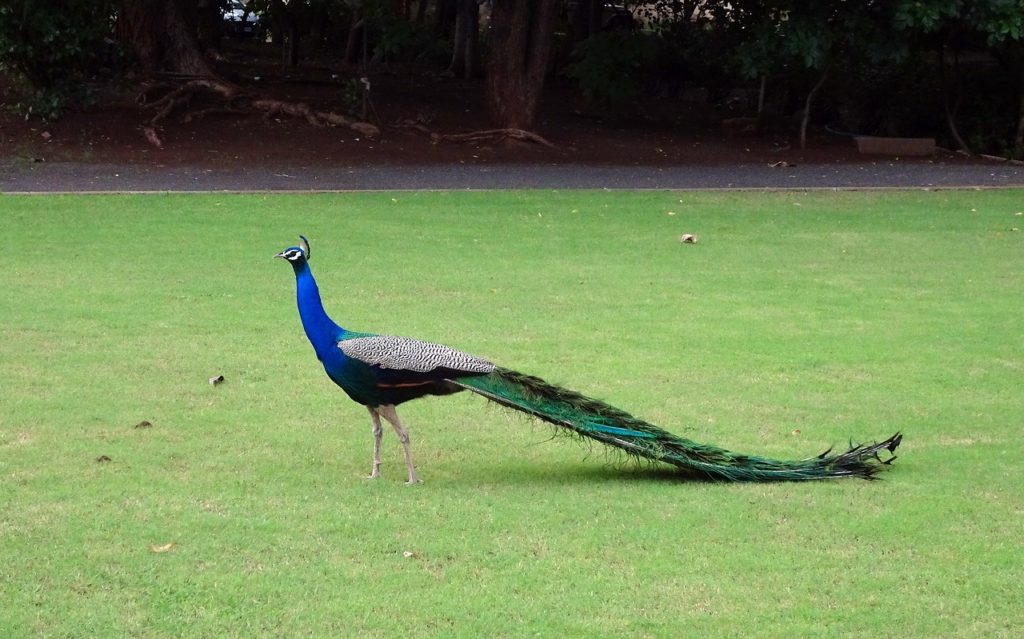 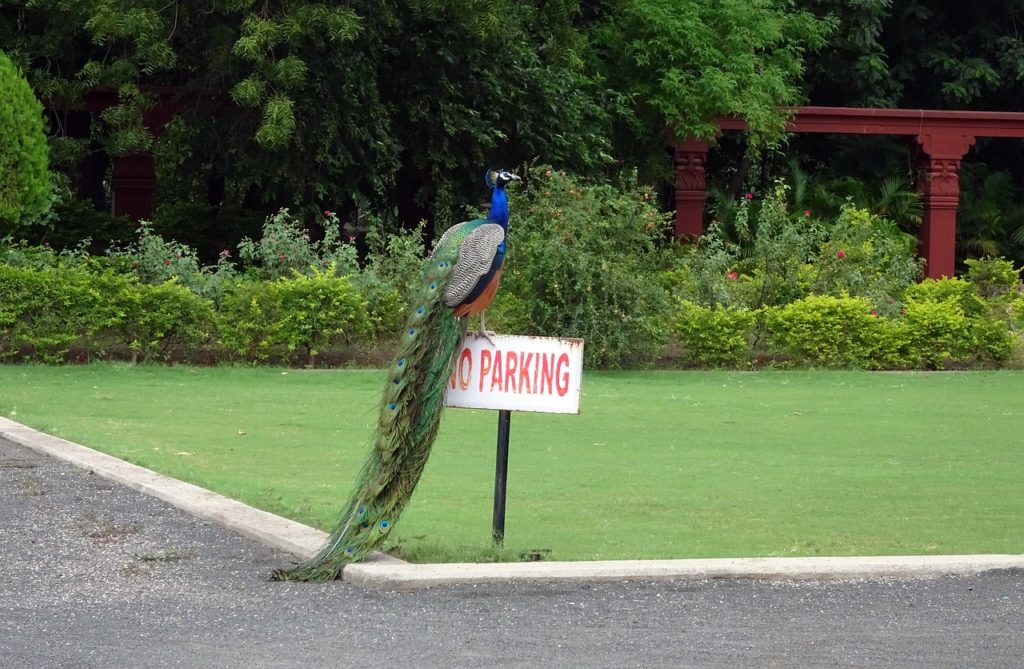 These are day old peachicks that will grow up to be adult peacocks and peahens. This color pattern is the one that you would normally think of as a peacock.

Range: As the name implies, part of the natural range is India. Wild Blue Peafowl can also be found in Pakistan and Sri Lanka.

Peafowl Habitat: Peafowl can live in a variety of habitats, including deciduous forests and cultivated lands.

Description: This is the bird that most everyone thinks of when they hear the word "peacock". In fact, only the males are peacocks. Females are peahens and juveniles are peachicks. It is the male that is famous for his amazing feathers.

A mature peacock has a bright blue head, neck and breast, white facial skin, and tail feathers up to 3 feet long. The tail feathers are wiry, with distinctive "eyes" of green and black. When the tail is raised, it is fan-shaped. The crest is another distinctive feature; it fan-shaped and shafts of the feathers are mostly bare, being tipped with bluish-greenish webbing.

Females are not nearly so spectacularly colored as the males. Peahens are closer to a green/brown color than the distinctive royal blue of the peacock. The crest of a peahen is also fan-shaped but has duller-colored feathers. Peahens do not have the excessively long and bright tails that peacocks do.

Status in the Wild: Peafowl face no danger in their native range.

Status in Aviculture: Peafowl have been raised in captivity for centuries. Historical documents mention them in Egypt, Greece, and Rome during ancient times. They are kept in zoos, aviaries, and by individuals all over the world today.

Breeding Season: The breeding season varies depending on several factors, but should fall somewhere between March and July in the United States.

Clutch Size: 6-8 eggs, with about 3 clutches per season

Miscellaneous Notes: The peafowl is the national bird of India. Peafowl are extremely hardy and are usually kept as free-range birds after being accustomed to their surroundings. Peacocks raise their tails as a part of courtship, but females appear to ignore them. There are many mutations of the India Blue Peafowl, but no true subspecies. Peafowl are not monogamous and several peahens can be kept with one peacock. Peacocks are not usually sexually mature until they are three years old. In India, peafowl are kept in part because they eat small snakes, including small cobras. Aristocrats in the past kept peafowl on their estates for their beauty. They were called "living sculpture."