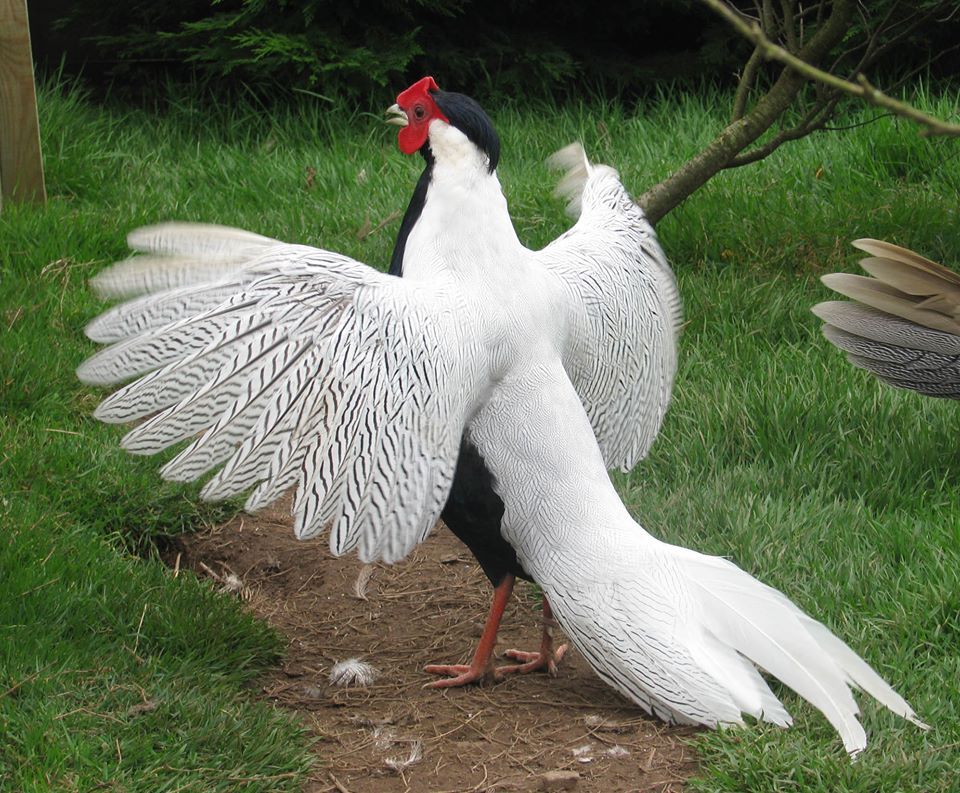 Range: Mountainous areas of eastern and southern China, along with other areas of southeast, mainland Asia. They have also been introduced into the wild in Hawaii

Description: A large pheasant, the male is mostly a brilliant white with black lines. His belly is black and he has a large, bare, red-skinned area around the eye. His legs are also red, which separates the Silver Pheasant from the Kalij Pheasant.

Status in the wild: Mostly, the population of Silver Pheasants in the wild is stable, but some subspecies may be more threatened than others.

Status in aviculture: Silver Pheasants are very well established in aviculture, as they are considered a good “starter” breed for people who want to learn more about raising pheasants.

Breeding Season: Very early - February or March to May

Miscellaneous Notes: Some breeders report that males can be aggressive, but others have no problems.

They require quite a large aviary, with plenty of shade and trees/shrubs for roosting.

Silver Pheasants are frequently depicted in Chinese art and poetry.